An invaluable book on the old Madras region 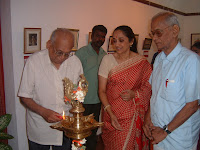 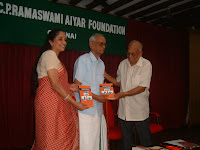 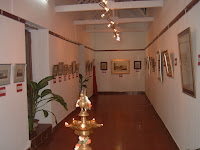 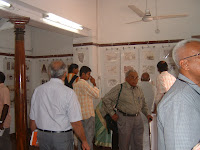 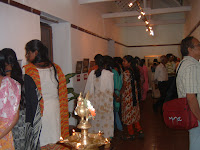 Thanks to the C. P. Ramaswami Aiyar Foundation and to its honorary director Nanditha Krishna’s efforts, Prof. K. V. Raman’s book The Early History of the Madras Region has seen the light of day once again. Amudha Nilayam first published the book in 1959 and this is the second print. Raman was professor of ancient history and archaeology at the University of Madras and his book focuses on Madras’ history before the arrival of the East India Company, years and centuries before Francis Day and Andrew Cogan. Before the 17th Century, the Madras region was made up of a group of villages of varying sizes and closely interrelated to one another in many ways.

As K. A. Nilakanta Sastri mentions in foreword, Raman has aimed at “presenting as continuous and complete a narrative of the history of the region as is possible now from the time man began to inhabit it right down to the middle of the seventeenth century A.D.” It must have been undoubtedly an arduous task for Raman (and he mentioned it in his brief talk this morning), but it is clear he undertook it with great passion and put all his energy into it. The result is an invaluable book that must form a part of a student’s study of the history of Madras.

Prof Raman also mentioned about the inscriptions he had found in areas like Thiruvottriyur, a place he stressed must be visited by any serious student of Madras history. So were areas like Mylapore and Triplicane, each a cluster of villages in those days. Speaking after releasing Raman’s book, S. Muthiah lamented the lack of interest being shown towards the study of humanities. Subjects like history, geography and civics are given short shrift these days and unless these subjects are given due status and students themselves make efforts to study detailed histories of districts and regions, there is little hope, he said.

In her opening remarks, Nanditha spoke of how the Madras we live in today and the life we lead is not quite the ideal one. She mentioned her great, great grandfather having purchased acres of land in the present Eldams Road area more than a century ago, all for Rs 10,000! Today, her family owns less than five acres here.

Nanditha’s effort at getting Prof Raman’s book re-printed and also organising an exhibition of the Early Portraits of Madras – Etchings, Engravings and Aquatints is commendable. And organising it all during Madras Week makes the effort that much more special.

Pictures show S. Muthiah lighting the kuthvilakku to signal the opening of the exhibition, as Nanditha and Prof Raman look on; the release of Prof Raman’s book; the exhibition hall; and scenes after the end of the programme.

Dr Patrick Yesudian - a physician of the highest class

Dr Yesudian's clinic - where your fate is decided on Monday mornings