A fine exhibtion - a must-visit... 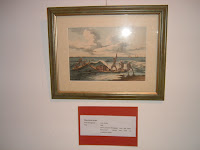 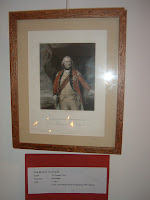 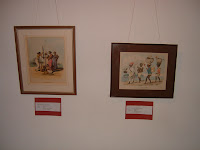 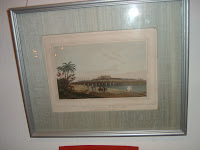 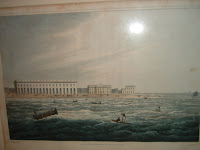 The Early Portraits of Madras – Etchings, Engravings and Aquatints will surely rank as one of the finest exhibitions of pictures of old Madras. For easy reference and to provide a little background, you can ask for a booklet that has V. Narayan Swami’s text and captions. The display at the Art Gellery at C.P. Art Centre is from his private collection and we all owe Mr Narayan Swami a great deal.

You will find a very different Madras in these pictures, a Madras none of us have ever seen and one that few of us even know existed. The exhibits, works of British and European artists, showcases the life and aspects of people and the times between 1750 and 1850. Many of the artists, it is said, did not travel to India but relied on descriptive accounts of the coastline given to them by others.

The earliest known view of Madras, of Fort St George as taken from the sea in 1731-32 by George Lambert and Samuel Scott is not included in the display. The next early view of Madras (a view of the fort as it existed at that time), according to the booklet, is in 1754, a drawing by Jan van Ryne, a Dutch artist working in London.

From the 1750s began the extensive recording of landscapes, people, flora and fauna by the British resident in India and by visiting artists. There arrived a succession of artists, including William Hodges, the Daniells, Henry Salt and B. Henry. Hodges lived in Fort St George for a year and he drew some fine views of Tamil country. Thomas and William Daniell, uncle and nephew, toured India for seven years, from 1786 to 1794. In 1792, when they were in South India, they spent four months in Madras and produced a set of six drawings. All the six find place in this display. Included in the display are also drawings of John Goldingham, of the Banqueting Hall of the Government House (Rajaji Hall) and the Government House itself (such a shame it has been pulled down!)

You will also find a couple of maps on display. One is from the time of the French invasion of Madras in 1758-59, and the other of the Jahgir lands of the East India Company in Madras in 1794.

The exhibition is on till August 30. It is a must-visit for anybody who has a love for history. For those who don’t, a visit might just pull a heartstring or two.

Dr Patrick Yesudian - a physician of the highest class

Dr Yesudian's clinic - where your fate is decided on Monday mornings